Join us at our new series of informal sharing sessions on different topics around Indonesia’s knowledge sector.

Recent research regarding the organisation of research production in Asia has shown the effect of marketisation on the quality of academic work, and the Indonesian case provides a complex picture of these effects in a post-authoritarian context. Since the 2010s, the Government of Indonesia (GoI) has increased funding and instilled reform efforts to open up Higher Education Institutions (HEI) to the regional student market thus shape HEIs into self-funding entities. However, as the social science research system was designed for bureaucratic, state promotion rather than for academic professionalisation, these reform policies have been uneven at best. In addition, other actors in the research production, i.e. funding agency, civil society and industry, were either unlikely to contribute to the production of social science research.

These challenges will be discussed under the research that was recently conducted by Universitas Indonesia/Center for Innovation Policy and Governance (UI/CIPG) with the Global Development Network (GDN). Supported and hosted by the Indonesian Young Academy of Sciences (ALMI), the activity will take a place as a part of International Network for Government Science (INGSA) in Jakarta, 23-24 September 2019. The discussion is about to enrich the finding which already provided the structural obstacles, strength, and weakness analysis related to the social science research system that will be used to create the strategic plan in developing capacity and policy in relations to the research.

The Knowledge Sector Initiative (KSI) hosts regular discussions led by prominent speakers on topics related to evidence-informed policymaking in Indonesia. Sessions include a short presentation followed by interactive Q&A. KSIxChange is open to all and free to attend. Seats are limited and registrations close the day prior to the event. 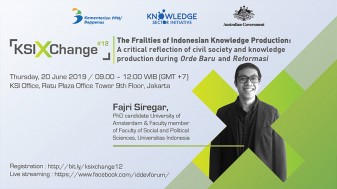 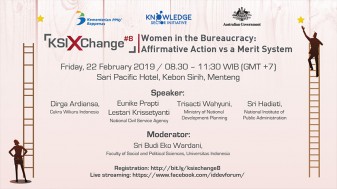 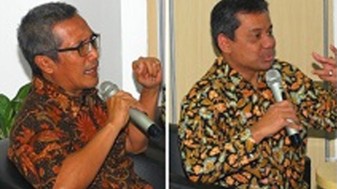 Demand and Use of Evidence: Insights from the Inside

Demand and Use of Evidence: Insights from the Inside 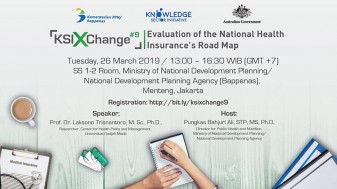