Research Grant Guidelines to Include Gender and Social Inclusion Perspectives

The Ministry of Research, Technology and Higher Education’s 2018 Grant Guidelines for Research and Community Outreach will for the first time include an explicit focus on gender and social inclusion. 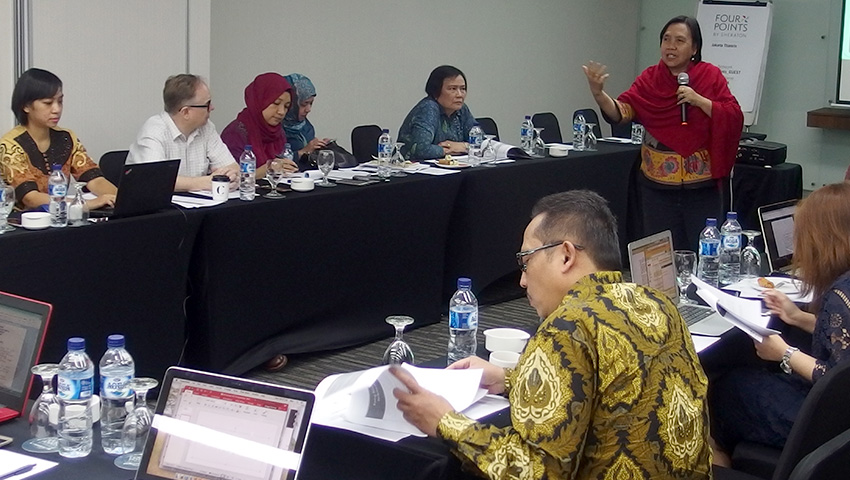 The Ministry of Research, Technology and Higher Education’s 2018 Grant Guidelines for Research and Community Outreach will for the first time include an explicit focus on gender and social inclusion.

The changes have come about as a result of a review of gender issues in the Ministry’s grants schemes carried out by Sajogyo Institute in 2016 and an evaluation of university research and community engagement offices (Lembaga Penelitian dan Pengabdian Masyarakat, LPPM) by KSI consultants.

At a discussion held at Four Points Hotel in Jakarta on 13 November 2017, participants from the Ministry ofResearch, Technology and Higher Education, gender experts, and representatives from research and community engagement officesat the University of Indonesia, Gadjah Mada University and Bogor Agricultural University discussed the proposed changes.

During the discussion, the Ministry explained that in future, evaluation of the performance of research and community outreach in universities would include consideration of how they addressed gender and social inclusion issues.

Professor Ocky's statement was received positivelyby discussion participants, including Suminar S. Achmadi from Bogor Agricultural University’s research and community engagement office, who agreed that it was an appropriate time for gender and social inclusion to be addressed in national research schemes.

The guidelines include a specific focus on research aimed at addressing gender disparities and social exclusion and their impacts. They also include affirmative action to enable women researchers and researchers from minority groups to access research funding. Funds will be made available to support women and people with disabilities to carry out their research and for capacity building to support researchers to better understand issues of gender and social inclusion in relation to their research. Universities will also receive incentives to increase the number of women researchers and academics.