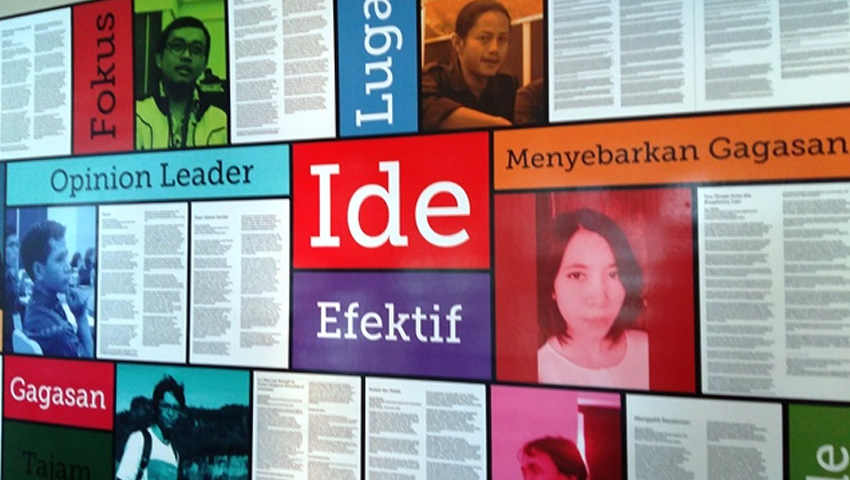 For Siswo Mulyartono, a researcher from PUSAD Paramadina, writing is essential for his research. But writing research findings or recommendations in a simple, easy to understand, and interesting style that engages with the general public, takes a lot effort and plenty of practice. In 2014, he took part in the Knowledge Sector Initiative Communications Workshop Series.

The Series explored four basic communication skill areas for researchers: packaging and communicating research findings with the public, effective and popular writing for research, branding and visibility, and establishing media relations and social media. The Series was completed in October 2014.

“The workshops reminded us again of how to nurture our writing skills. It pushed us to have a new perspective on writing for the public and to overcome our ‘researcher’ ego and translate our thoughts into accessible language for the public,” said Siswo. He has then published two articles:
https://www.tempo.co/read/kolom/2014/12/10/1836/Munir
https://www.tempo.co/read/kolom/2015/03/03/1975/main-hakim-sendiri

In each workshop, the participants were encouraged to develop a personal action plan that they considered to be achievable over the next three months. Some of them chose to share what they had learned with their colleagues. Others expressed a desire to publish their articles in reputable mass media. In addition, senior editors from TEMPO Institute provided online mentoring support for the participants.

By December 2014, 11 articles written by participants, as either opinion pieces, features, or press releases, made it into the national media. For many of them, it was the first time that their writing had been published in the media. This included Natasya Sitorus, Advocacy Manager of Lentera Anak Pelangi – HIV/AIDS Research Center of Atma Jaya University. In the past, she would turn to Facebook to share her thoughts and opinions. This generated a lot of likes and interest but she still felt something was missing. The workshop series encouraged her to broaden out and she subsequently sent her writing to several media platforms, which were then published. One of them is available athttps://koran.tempo.co/konten/2014/07/24/347706/Catatan-Hari-Anak-Nasional.

“This workshop was very useful and helped me to improve my skills. Popular writing for research has not been fully acknowledged as a critical part of dissemination strategies. I now feel inspired to develop a more concise and engaging research summary. With my field work, I feel empowered to share not only compelling stories, but also stories that move people to take action and address issues on children with HIV/AIDS,” said Natasya.

Find out more about the workshop series and the learning shared athttps://goo.gl/8JlDLa.