Policy Bootcamp is using a participatory method based on concrete case studies, this activity is aimed at the millennial generation who work in public policy and research sphere. This second Policy Bootcamp by Think Policy Society is supported by the Knowledge Sector Initiative (KSI). 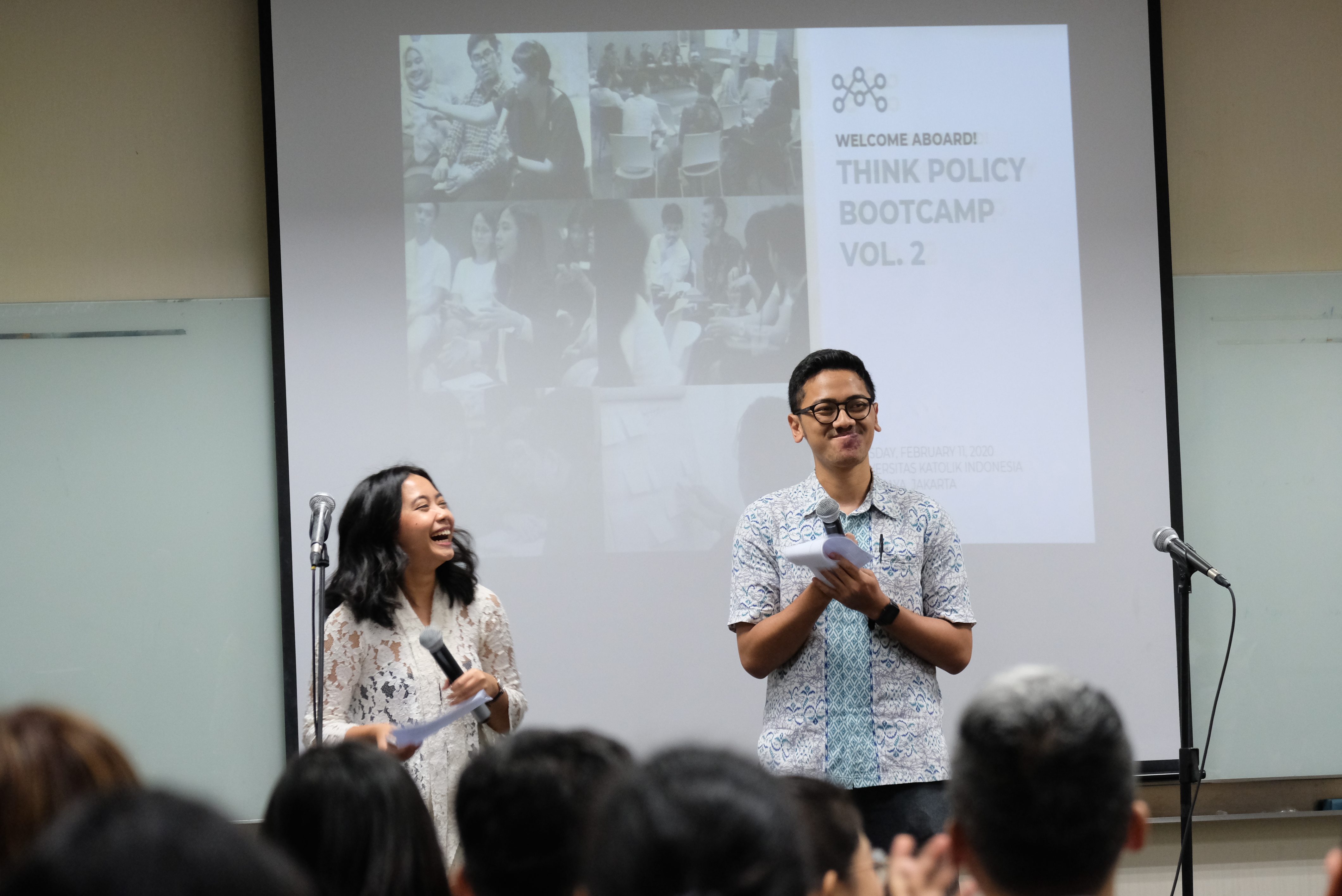 Think Policy Society again held a Policy Bootcamp, a series of workshops comprising 16 classes to improve problem solving skills and public policy challenges in Indonesia. Using a participatory method based on concrete case studies, this activity is aimed at the millennial generation who work in public policy and research sphere. This second Policy Bootcamp is supported by the Knowledge Sector Initiative (KSI).

Through Policy Bootcamp, Think Policy Society aims at netting diverse young professionals. In the second wave, there were more than 300 applicants and thirty were selected with both government and private sector background. Sixty percent of the bootcamp participants are young public policy planners that have worked for 2-5 years.

They come from government agencies, including several ministries such as the Ministry of Finance, BPJS Employment, Ministry of Villages, Bappenas, Coordinating Ministry for Economic Affairs, to ad hoc institutions such as the Corruption Eradication Commission and the Financial Services Authority.

There are also participants from the private sector and civil society organizations, such as Koalisi Seni Indonesia, Gojek, Mistsubishi, and others. Young professionals from international agencies such as UNDP also took part.

Think Policy Society itself is an organization that aims to promote a network of young professionals from government agencies, private sector with social mission, and civil society organizations through knowledge exchange and capacity building in public policy. The activity is focused on building problem solving ability, promoting analytical thinking, as well as strategic thinking in designing creative solutions. In the implementation, data and knowledge evidence serves as the basis for thinking to ensure an inclusive public policy understanding.

“Indonesia’s problems are complex. Therefore, there has to be harmony between the policymaker and knowledge maker,” said Think Policy Patron Vivi Alatas in her opening remarks during the first class of Volume II Policy Bootcamp on 11 February 2020 at Atma Jaya University.

According to Vivi, the problems in Indonesia should not be resolved with ideology or perception, but through policies that are based on research evidence. That is why it is very important to connect between policymakers and knowledge makers. The objective is to produce research that is not only rigorous, but can be implemented and become public policy that solves problems.

Policy Bootcamp held by Think Policy Society aims to create development actors that are able to connect policy and knowledge. Vivi was happy that around 60 percent of the participants in the bootcamp were civil servants. That way, it is hoped that in the future they can be decision makers based on good knowledge and research.

“In the meeting here, you can learn from each other and hone your skills for better public policy,” said Vivi.

Along the same lines as Vivi, Deputy Team Leader of KSI Iwan Sriwidiyanto emphasized that KSI supports public policy based on research and promotes the productino of quality research, and overcome various fundamental issues that has stunted the knowledge sector in Indonesia, both in terms of supply and use of quality evidence in policymaking.

“We hope that young professionals can be agents of change who bring good policies based on research so that the outreach can be wider, and policies are evidence-based,” according to Iwan.

KSI is a partnership between the Government of Indonesia and Government of Australia that supports Indonesia’s policymakers to develop policies using research, data, and analysis. KSI supports Think Policy Society because it believes that collaboration between sectors and the institution of young professionals formed in the Policy Bootcamp will produce better policmaking process in the future.