KSI Holds Seminar On Evidence-Based Policy In NTB
To promote better use of evidence in local policymaking, on 4 June the Knowledge Sector Initiative (KSI) hosted a seminar at the Aston Hotel, Mataram, West Nusa Tenggara (NTB) to share knowledge on approaches and best practices. 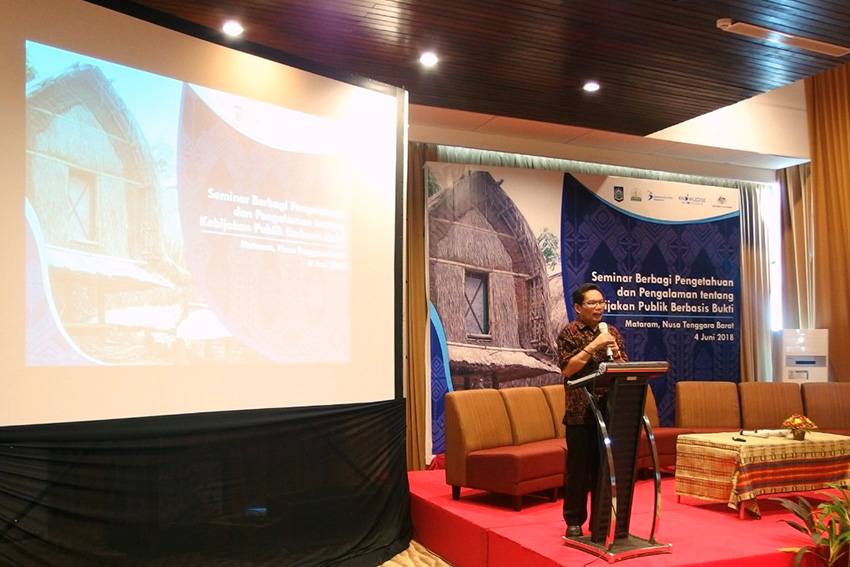 To promote better use of evidence in local policymaking, on 4 June the Knowledge Sector Initiative (KSI) hosted a seminar at the Aston Hotel, Mataram, West Nusa Tenggara (NTB) to share knowledge on approaches and best practices.

The event was attended by representatives of the NTB government, the National Development Planning Agency (Bappenas), the National Institute of Public Administration (LAN) and the Australian Department of Foreign Affairs and Trade (DFAT).

Another LAN official, Erna Irawati, Head of the Center for Policy Analyst Development, spoke about the role of policy analysts in knowledge ecosystem.

Medelina K. Hendytio, a researcher with the Centre for Strategic and International Studies (CSIS), talked about the role of research institutes or think tank in the policy making process.

Discussions during the event revealed that evidence-based policy making was not yet optimal in Indonesia. Some regional leaders were still engaging in populist policymaking, rather than developing policies based on good planning, that were sustainable in the long term. Policymakers also made policy based on intuition, opinion or the interests of certain groups.

At the same time, research conducted by academics, Non-Governmental Organisations (NGO), government research and development units often do not produce research that is relevant to the needs of policy makers.

Many policies also failed to consider the different needs of men and women, children, people with disability, senior citizens as well as people living in remote areas. Without taking these issues into consideration, policies can actually exacerbate social inequalities.

As a result, many policies were not effective.

To help address some of these issues, the NTB government established a data centre or “Bale Ite” (which means “our house” in the local language) in 2014, with support from the Australia Indonesia Partnership for Decentralisation (AIPD).  The centre manages data on key development indicators and makes them accessible to the public.

The seminar concluded that a strong network involving researchers, academics, policy analysts and policy makers should be established to create a knowledge ecosystem. Moving forward, better local level policy making would be supported by strengthening the role of policy analysts in local government and optimising the use of the KRISNA planning and budgeting system. 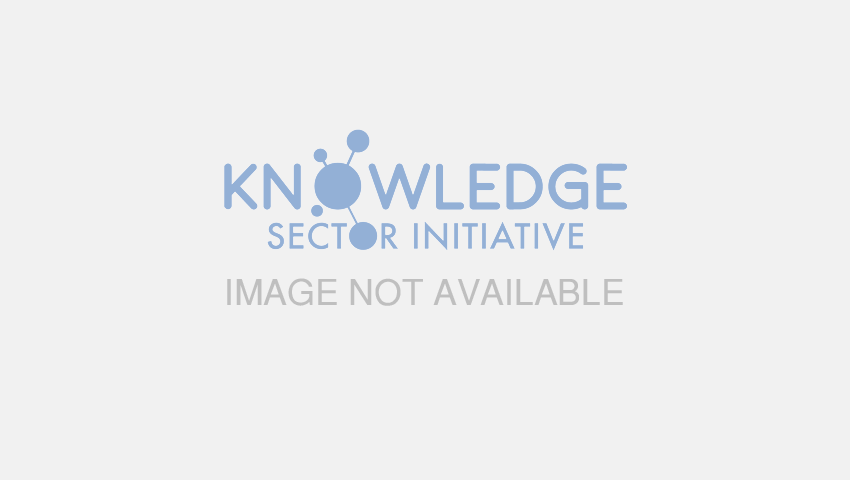 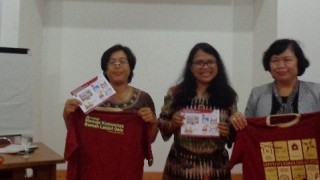 Road to the Indonesian Development…

As announced here IDForum2017 and partnering with…

Book Launch of KSI Partners on… 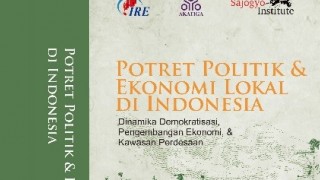 As interaction strengthened among KSI’s PRIs, as…