Fostering a Climate of Research in Universities with Incentives and Focus on Output
Universities as knowledge production centers are expected to produce researches that could inform policy recommendations and be beneficial for the public. However, despite the sheer amount of researches conducted, not many are applicable or suitable to public needs. 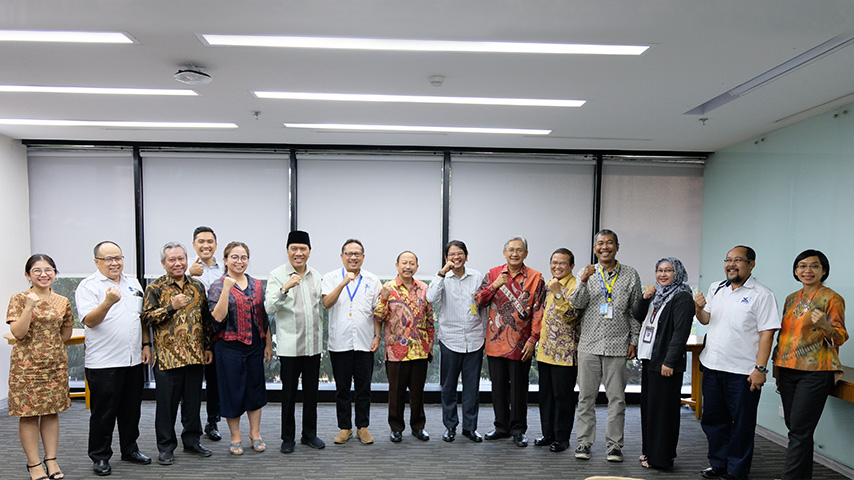 Universities as knowledge production centers are expected to produce researches that could inform policy recommendations and be beneficial for the public. However, despite the sheer amount of researches conducted, not many are applicable or suitable to public needs.

Executive Director of the Centre for Study of Governance and Administrative Reform (CSGAR) of Universitas Indonesia, Rudiarto Sumarwono, pointed out that in the Global Innovation Index 2017 Indonesia ranks 87th out of 127 countries in terms of innovation, just one level better than in 2016.

Rudiarto said that in a discussion held by the Ministry of Research and Higher Education, CSGAR UI and Forum Rektor Indonesia (Indonesia’s Rector Forum) in Jakarta on Monday (19/8). The discussion, which is supported by Knowledge Sector Initiative, took inputs for revision to Regulation of the Minister of Administrative and Bureaucratic Reform (Permen PAN-RB) number 46 of 2013 regarding Functional Positions of Lecturers and Credit Points.

The ministerial regulation provides for credit points for community engagement—one of the Three Pillars of Higher Education (Tri Dharma Perguruan Tinggi)—by academics, with a maximum of 10 percent. This figure is the smallest compared to other main duties of academics, namely education (teaching) and research.

In fact, this 10 percent figure has never been achieved in reality. According to data from the Directorate of Careers and Competency of Human Resources of the Ministry of Research, Technology, and Higher Education (Kemenristek Dikti), community engagement activities in universities have only averaged at 6.0 percent. In the draft revision, credit points for community engagement are proposed to be increased to 10-20 percent, including supporting components.

The low community service scores have been proportional to research outputs and real issues in the field. Whereas, researches by academics are expected to support the government in producing evidence-based policies through policy research. The policymaking process that is informed by scientific analysis will produce policies that are on target, ones that can effectively address social issues.

Director of Research and Community Service of the Ministry of Research, Technology, and Higher Education, Professor Ocky Karna Radjasa, also mentioned that of the total IDR1.4 trillion allocated for research, only IDR178 billion was used for community service activities. In the future, the budget realization for community service is expected to increase to at least IDR400 billion.

The formation of research ecosystem is closely related to the existence of Institute for Research and Community Services (Lembaga Penelitian dan Pengabdian Masyarakat – LPPM) in universities. LPPM has often been perceived as a “rubber-stamping body”, or a mere administrative body, that sometimes even imposes fees on research projects.

“The quality of LPPM very much determines the quality of researches produced by universities. Today, only 25 out of 3,250 universities in Indonesia can be considered autonomous (based on four criteria: human resources, research management, research output, and revenue from research). About 3,000 universities, which did not do the four criteria assessment, are under supervision category,” says Ocky.

The challenge in implementing community engagement component also stems from the quality of the Institute for Research and Community Service (LPPM) at the university level. Generally, LPPM’s main problem is in the research follow up aspect, as well as managing research results in terms of time of implementation and quality of utilization.

For this reason, the institution of LPPM must be strengthened. There should be institutional monitoring and evaluation for LPPM to be accountable. LPPM also should not impose such service fees or compensation from research activities. Therefore, LPPM must increase its capacity to be able to generate its funding independently.

The low quality of LPPM in the universities in Indonesia is evident in The Global Competitiveness Report 2017-2018 released by World Economic Forum. The quality of research institutions in Indonesia and the level of collaboration between universities and industries show a score of 4.4 and 4.3 on a scale of 7 assessment.

The chairperson of Forum Rektor Indonesia, also the Rector of Universitas Diponegoro Semarang, Professor Yos Johan Utama, states that there should be incentives to encourage academics to do research and community engagement activities. Such incentives could be in a form of separate components between research funds and honorarium for academics.

“If at all possible, financial reports should be made simpler, based on trust rather than suspicion. Hence, academics could focus more on research they are doing, because that is the most important,” said Yos.

Ocky cited the example of Germany, where researchers do not even keep any research money. Financial management is fully given to LPPM. A reward in the form of honorarium is given to academics who conduct research. Referring to this practice, currently he is preparing a simpler but still accountable format for financial reporting. For that reason, academics who conduct researches will be asked to sign several clauses, such as willing to keep purchase receipts, willing to be audited by BPK, and willing to pay damages if the research fails to meet standards of management criteria.

In addition, researchers and universities also need incentives, especially in managing and maintaining intellectual property, including patents. Many researches have produced patents that have been filed but have yet to yield results. As a result, researchers must incur significant costs to maintain the patent on their own. Another incentive could also be in the form of publishing results of community engagements in journals.

In this meeting, the Ministry of Research, Technology, and Higher Education (Kemenristekdikti) stated its commitment to follow up on results of the study. Kemenristekdikti will also collaborate with Forum Rektor Indonesia to further refine the policies.

Better Incentives for Researchers and Academics in Universities

This discussion is one of KSI’s strategic steps in supporting Kemenristekdikti and Forum Rektor Indonesia in establishing good relations and following up on some expectations going forward, namely: 1) Strengthening research management in universities to support community engagement and collaborative research between universities and third parties, including in budget management; and 2) Positioning the function of Lembaga Penelitian dan Pengabdian Masyarakat (Institute for Research and Community Services) as infrastructure that supports research synergy and public services, as well as implementing the principle of accountable governance with a flexible approach. 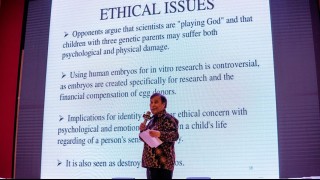 Research policies need to be changed to fully help… 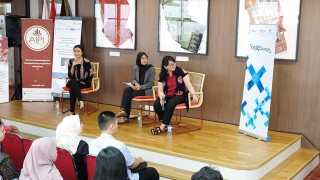 Discussion on the productivity and quality of social… 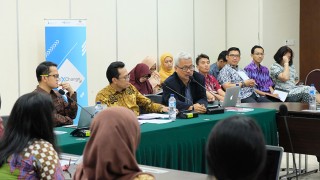 An evaluation of the National Health Insurance (JKN)… 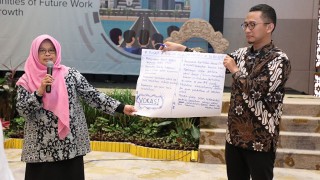 In the lead up to the 2019 Indonesia Development Forum… 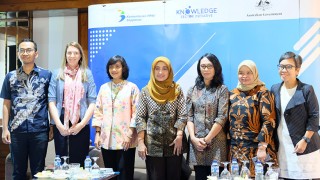 Research Funding Needs to be Profesionally… 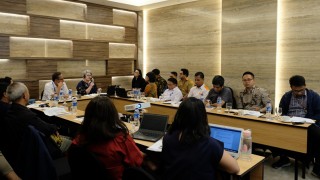