Bangladesh is one of 11 countries where the UK’s Department for International Development (DFID) is funding Building Capacity to Use Research Evidence (BCURE) programs. 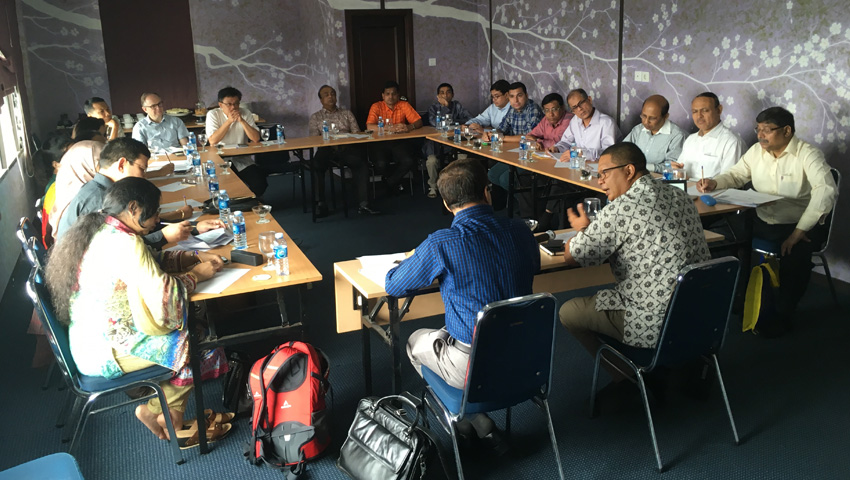 Bangladesh is one of 11 countries where the UK’s Department for International Development (DFID) is funding Building Capacity to Use Research Evidence (BCURE) programs. As the name suggests, the aim is to focus on the various countries and on different ways of building capacity to make evidence-informed decisions. The underlying assumption, similar to KSI, is that the effective use of research and evidence can play a crucial role in making policy more effective.

In the first week of November, a delegation of 20 colleagues representing the Cabinet Division of the Government of the People's Republic of Bangladesh, the Ministry of Commerce, the Planning Commission, and the Ministry of Finance travelled from Dhaka to Jakarta to meet various government organisations and see development programs active in the Indonesian knowledge sector. They also shared experiences on the demand and use of evidence and the Indonesian policy cycle. The delegation was led by H.E. Mohammad Shafiul Alam, the head of the Cabinet Division and the most senior civil servant in the country.

The KSI team provided support to arrange meetings and made introductions to various government agencies, including the National Institute of Public Administration (LAN) and Bappenas. During the week in Jakarta, the delegation met The Asia Foundation, the Commission for Environmental Impact Analysis, the Ministry of Trade and the Ministry of Finance. During a debriefing on 4 November, the delegation shared observations about policy making and the use of evidence in policy making from the various meetings they had had during the week. The delegation was impressed with meetings they had with government representatives and the discussion they had on policy making and use of evidence. Some key takeaways for the Bangladeshi delegation were: