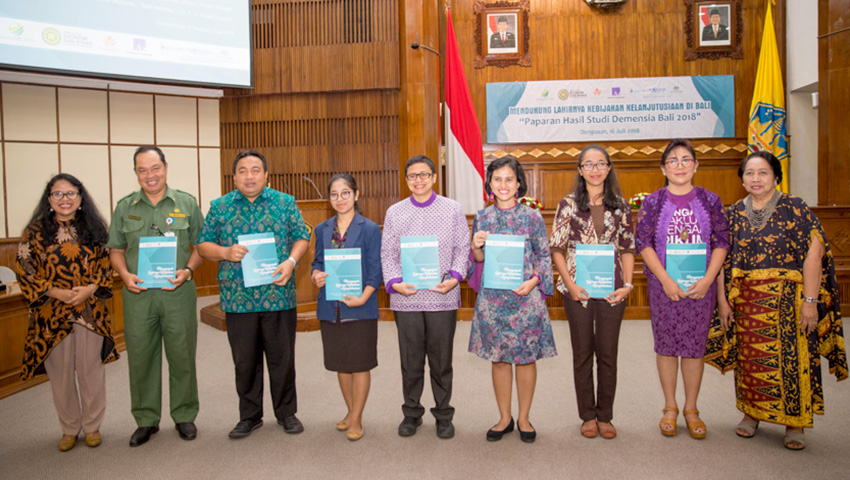 The research was conducted by SurveyMETER in collaboration with the Faculty of Economics and Business at Udayana University, Suryani Institute for Mental Health and the Faculty of Medicine at Atma Jaya Catholic University and Alzheimer Indonesia (ALZI). The study was supported by the Knowledge Sector Initiative (KSI).

“There is currently no cure for dementia, but people still can prevent it or slow down the process. Early detection of dementia is critical in the prevention process,” Suriastini said at the event in Denpasar, Bali, on July 16.

The number of people living with dementia is expected to almost double every 20 years, reaching 131.5 million in 2050. The total estimated worldwide cost of dementia is US$818 billion per year.

The Regional Director of Alzheimer’s Disease International for the Asia Pacific Region, DY Suharya, who attended the event, said that total health care spending for people with dementia in middle-income countries such as Indonesia was around US$2.2 billion per year. This figure was expected to increase in the next few years, she said.

Suharya went on to urge government, social organizations, the private sector and communities to work together to prevent dementia in the future.

The Governor of Bali, represented by the Head of Social Affairs for the province, I Nyoman Wenten, committed to implementing policies on ageing through seven programs, including the development of health posts for older people in every village.

The Bali administration also said it would improve health services for older people in community health centers (Puskesmas) and provide comprehensive and integrated geriatric services in hospitals in Bali.

The Chair of Commission IV of the Bali provincial parliament, I Nyoman Parta, said during the event that he was committed to developing regulations to support implementation of policies on ageing as soon as possible.

“These policies will support participation by people of all age groups in activities for older people to promote interaction between the generations,” he said.

He also suggested that traditional community halls or “balai banjar” be used as centres for activities and health services for older people.

SurveyMETER will provide expert input into the drafting of new regulations, drawing on the results of its 2013 Age-friendly Cities Assessment as well as the 2018 Bali Dementia Study.