This article is written by Knowledge Sector Initiative (KSI) Knowledge Exchange and Learning Lead, Elisabeth Jackson, for The Conversation 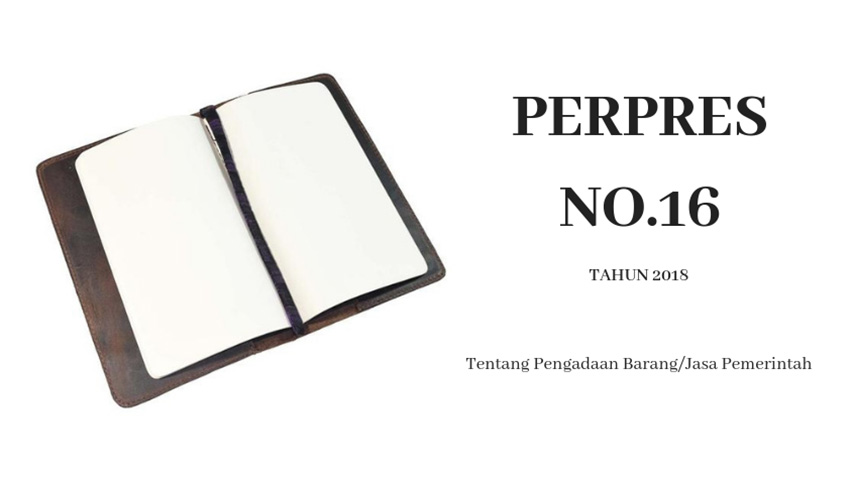 A new regulation that makes it easier for the Indonesian government to contract social organisations to deliver services reflects a shift in the relationship between the government and NGOs.

The release of Presidential Regulation No. 16 2018 on public procurement has the potential to improve the reach and quality of services delivered to the poorest and most marginalised people. These are people living in remote and isolated communities, ethnic and religious minorities, vulnerable women, children and youth, and people with disabilities – whom government services often fail to reach.

It will also provide access to much-needed funding for grassroots NGOs and faith-based organisations that are often uniquely placed to meet the needs of people who are socially and economically excluded.

A recent survey found that national and provincial-level NGOs depended on international donors for funding, while local-level organisations relied on funds they generated themselves – for example, through small businesses. At both the national and local levels, government funds represented only a small fraction of NGOs’ income.

The reliance on international donor funds is problematic. Many Western donors are reducing their development assistance as Indonesia consolidates its status as a lower-middle-income country. These overall reductions will have a significant impact on the ability of Indonesia’s NGOs to deliver services effectively – or in some cases at all.

In many countries around the world, government agencies work in partnership with NGOs to deliver public services such as health, education and sanitation. These partnerships take a variety of forms, including memoranda of understanding, contracts and grants.

In Indonesia, national and local governments do provide some funding for social and community services. Social assistance (bantuan sosial, bansos) funds, for example, can be used for programs or activities relating to community empowerment, poverty reduction, or disaster relief. But the funds are generally only provided for one-off activities. This makes them unsuitable for organisations that provide ongoing services.

In 2011, Indonesia passed a law on legal aid (Law No. 16 2011). This law enables accredited legal aid organisations to claim government funding for legal advice and court representation of poor clients. However, this kind of formal NGO-government partnership is relatively rare.

Before the release of Presidential Regulation No 16 2018, Indonesia’s public procurement regulations only allowed commercial entities to bid for government contracts. This meant NGOs wanting to tender for government work had to establish a limited liability company or PT.

The changes under the new presidential regulation are the result of efforts by research and advocacy organisations AKATIGA, the Centre for Law and Policy Studies (PSHK) and the Institute for Policy Research and Advocacy (ELSAM). These organisations worked with the National Public Procurement Agency (LKPP) to explain the challenges that NGOs faced and provide input into the revisions to the regulations.

As a result, social organisations can now bid for government contracts that fall within the category of self-managed projects (swakelola).

This development reflects a shift over the last 15 years in the relationship between government and NGOs, from mutual suspicion to a greater willingness to work together. It acknowledges the important role that NGOs play in Indonesia’s development. But challenges remain.

The changes to the procurement regulations could benefit NGOs that deliver services but will be less beneficial for research and advocacy organisations. These organisations also serve an important function, by deepening understanding of social, economic and political issues and informing the development and implementation of public policy.

Fortunately, the revisions include a new section on procurement of research. This will enable a range of research actors, including universities and non-government think tanks, to tender for government contracts for research. This was a result of input provided by research and advocacy NGOs to LKPP and the Ministry of Research, Technology and Higher Education.

Given that 78% of corruption cases handled by Indonesia’s Corruption Eradication Commission (KPK) in 2016 involved procurement, corruption remains a risk. One way to overcome this is by ensuring that procurement processes are open and transparent. Another is to improve the governance of the NGO sector as a whole, perhaps by having NGOs develop sector-wide standards for governance and accountability.

Over the past 15 years, Indonesia has more than halved its poverty rate, from 24% in 1999 to 11% in 2014. But inequality has risen, and reaching those at the very bottom will be harder.

Many faith-based and non-government organisations have developed strong networks in local communities and have put in place structures and institutions for delivering critical services. If the government is to achieve its poverty and human development targets, it will need to work with these organisations to extend and improve services for those who are most in need. Rather than setting up new service infrastructure, the government can take advantage of what is already in place.

Translating the changes in regulation into better services for communities will require NGOs and governments to work in genuine partnerships of mutual trust and respect. Both partners will need to ensure they remain accountable to each other and to the communities they serve.