New Mandala, an academic blog on Southeast Asian affairs, has announced the six recipients of its fellowship program which aims to improve the writing skills of Indonesian researchers. The fellowship recipients are expected to contribute analysis on key policy issues in the lead-up to, and during, the 2019 presidential election. 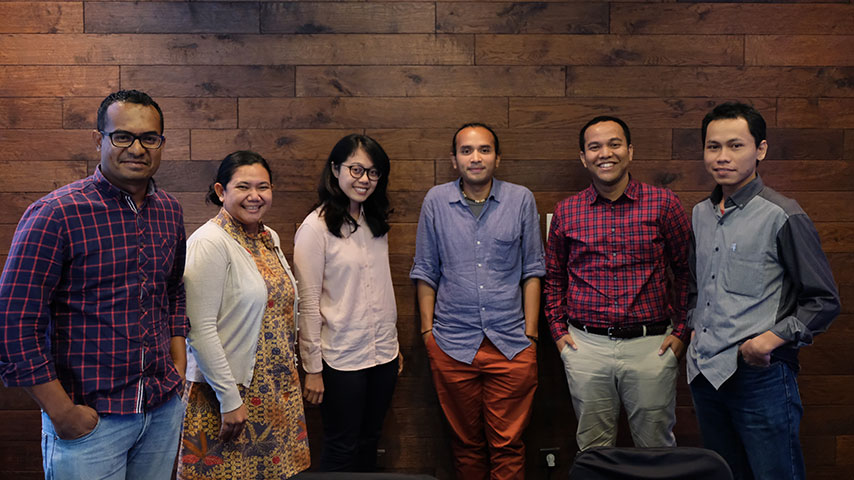 JAKARTA - New Mandala, an academic blog on Southeast Asian affairs, has announced the six recipients of its fellowship program which aims to improve the writing skills of Indonesian researchers. The fellowship recipients are expected to contribute analysis on key policy issues in the lead-up to, and during, the 2019 presidential election.

The six researchers selected for the fellowship program, which is supported by the Australian National University (ANU) and the Knowledge Sector Initiative (KSI), are Ade Prastyani, Aziz Anwar, Dyah Ayu Kartika, Aichiro Suryo, Iqra Anugrah, and Emil Yakob Sese Tolo. They were selected based on their applications and an interview held in September 2018.

Ross Tapsell, who is leading the New Mandala project, hopes that the fellowship program will contribute to improving the quality of public policy debate in Indonesia. Promoting evidence-informed policymaking is the main focus of KSI, a partnership between the Australian and Indonesian governments.

“I am excited about working with these emerging scholars to provide more depth coverage of policy issues in Indonesia. An election campaign should be a time where candidates’ debate policy differences. We hope the contributions from these researchers will encourage evidence-based debates in the broader Indonesian public sphere,” said Ross.

The participants in the fellowship program specialize in different policy issues, including poverty and social justice; Islam and society; gender equality; infrastructure and urban development; environmental challenges and natural resource management; and development in eastern Indonesia. They will take part in the program until September 2019 and will receive a stipend for six months.

"This program is a rare opportunity for us, as young researchers, to improve our research and writing skills. These skills will help us in making our research findings easier to understand through popular writing. I hope this program can raise public awareness of the importance of gender sensitivity in policy, especially among policy makers," said Dyah Ayu, one of the fellowship participants.

The researchers will focus on a number of policy issues within their area of specialization and publish analysis on these in a series of articles which will be published on the New Mandala website and in other international media.

“What interested me in joining the program is the opportunity to enrich my research and writing skills. There are workshops on research, writing and publishing involving experts in their fields who will become part of my network in the future. At the end of the program, as a researcher on development studies, I hope that I will be well-equipped to contribute to the debate on national development policies, especially in Eastern Indonesia,” said Emil Yakob, one of fellowship participants.

The fellowship program will run for ten months and is divided into three phases. The first phase aims to develop participants' skills in communicating the findings of their research results and their views on public policy to the general public. It also aims to strengthen their networks with experts and journalists who can offer advice and assistance.

During the second phase, participants will take advantage the 2019 Presidential Election campaign to promote evidence-informed debate on key policy issues by writing a series of articles for publication in mainstream media or other platforms in Southeast Asia and Australia.

In the third phase, participants will reflect on their writing and on the debate leading up to the 2019 Presidential Election.

New Mandala provided extensive coverage of Indonesia’s 2014 Presidential Election and the site was accessed 577,000 times during that year. Articles published on the New Mandala have been picked up by a number of mainstream media in Indonesia.