The National Development Planning Agency (Bappenas) organized the Indonesia Development Forum (IDF) 2019, with a focus on discussions of creating jobs. "This year`s IDF will focus on the strategies to create jobs, increase productivity, and ensure that all Indonesians have access to decent work and other economic opportunities," Bappenas` head Bambang Brodjonegoro said at the launch of IDF 2019 in Jakarta on Tuesday.

Under the theme of "Mission Possible: Seizing the Opportunities of Future Work to Drive Inclusive Growth," Bappenas co-organized the forum with the Australian government.

According to Brodjonegoro, Indonesia has enjoyed stable economic growth of above five percent in recent years.

To further accelerate the growth, it was necessary to ensure that structural transformation could be continued and no one would be left behind, he continued.

The Indonesian government has implemented a number of strategies to support inclusive growth, which included increasing investment in labor-intensive projects in sectors with high-added value as well as new sources of growth such as tourism, creative economy, and digital economy.

Improving investment climate and employment as well as growing entrepreneurship were also among efforts that have been carried out by the government.

The IDF is a forum for dialogue between policy makers, academics, practitioners, and professional development activists from the government, private sector, and civil society to build evidence-based solutions to the various major challenges faced in Indonesia`s development.

Australian Ambassador to Indonesia, Gary Quinlan, revealed that inclusive and sustainable economic growth is a major focus for both the Australian and Indonesian governments.

"Australia is very pleased to be able to support Indonesia`s efforts to introduce reforms to labor flexibility as well as to increase Indonesia`s competitiveness and balance with dynamic global work patterns," Quinlan added.

IDF is supported by the Australian government through the Knowledge Sector Initiative, a joint program between the governments of Indonesia and Australia, which seeks to improve the lives of the Indonesian people through better quality public policies that make better use of research, analysis, and evidence.

Among main objectives of cooperation between Australia and Indonesia is to reduce the gap through policy reforms to encourage Indonesia to achieve stable economic growth.

"As a common interest, we hope that IDF can support Indonesia in designing evidence-based policies to modernize Indonesian labor," Brodjonegoro explained.

This year`s IDF will focus more on research, smart practices, and lessons from development experience at the grassroots level to national and international levels.

Such lessons are important to be considered by Indonesia, which has the fourth largest number of workers in the world, but with the lowest productivity in Southeast Asia.

"We hope that this year`s IDF will produce practical recommendations that can help us in the national planning process, including the design of employment road maps," Brodjonegoro concluded.
Editing by Suharto 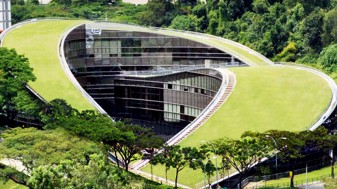 A Better Research Funding Model for Indonesia: Learning from…

A Better Research Funding Model for Indonesia: Learning from Singapore 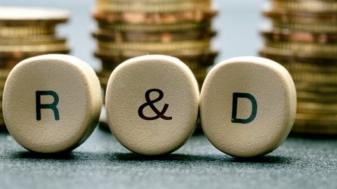 It’s not (just) about the money. How R&D funds…

It’s not (just) about the money. How R&D funds are spent matters too